As an Amazon Associate we earn from qualifying purchases. If you’d like to support us, just click a link. Thank you!

84,443 views
Home » Other Stuff.. » Inspiration » I always thought it was me against the world and then one day I realized it’s just me against me.

Kendrick Lamar Duckworth is an American rapper, songwriter, and record producer. Kendrick started life surrounded by gang members, including his father but he himself never entered a gang. He began rapping under the name K-Dot where he gained local attention. In 2012 he went mainstream with his rap and has quickly become one of the most influential artists of his generation. He has collaborated with artists such as Taylor Swift, Eminem, The Weeknd and more. In 2018 Kendrick helped to produce The Black Panther soundtrack.

Take care of yourself! 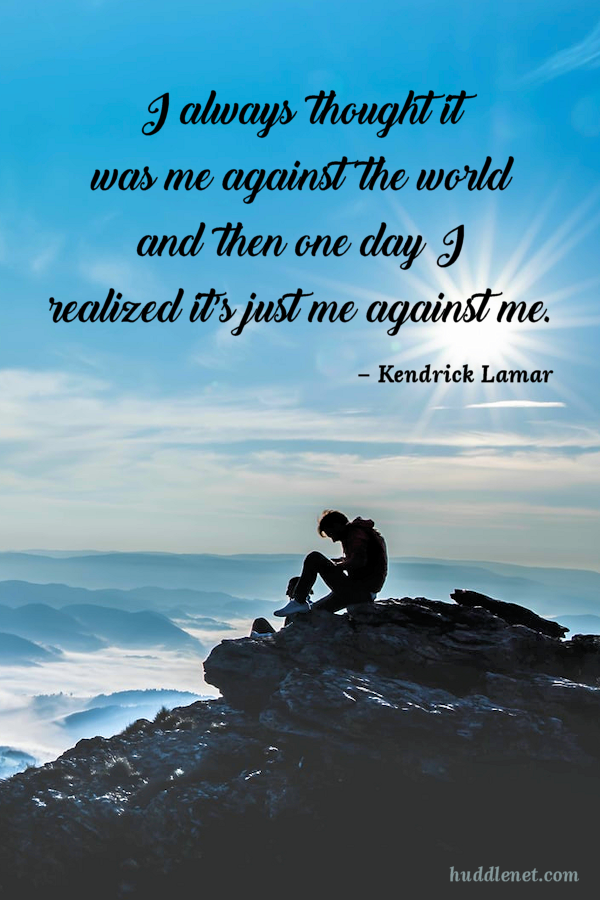 Stacy is the mother of 3, step-mom of 3 and grandparent of 6. She has been developing websites for over 20 years, both for herself and others. Cooking, sewing, reading and history are just a few of her passions. Reading about history is a double passion!
View all posts by Stacy →

This site uses Akismet to reduce spam. Learn how your comment data is processed.